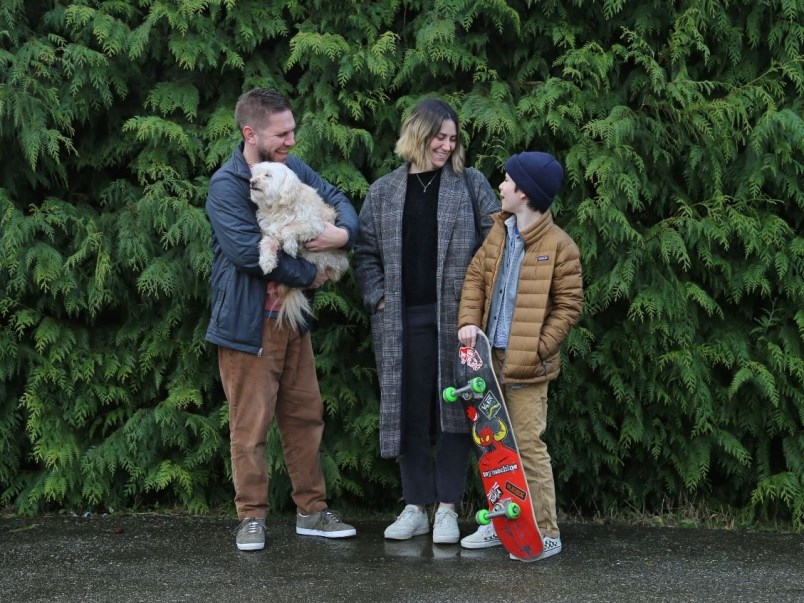 The issue surrounding affordability in Vancouver is nothing new. No matter what your opinion or your income, the one thing most everyone can agree on is that Vancouver is an expensive place to live.

That fact was driven home again recently, when Bob Kronbauer, founder and editor of Vancouver Is Awesome, which shares office space and owners with the Vancouver Courier, moved out of the city he has passionately repped for more than a decade. Bob, his wife Kate and son Arlo have joined an exodus of young families feeling Vancouver’s financial pinch. They have relocated to a much smaller, more affordable town. Kronbauer now makes the commute into the city four days a week.

“I came to the conclusion that I wouldn't be able to own a house in Vancouver a couple years ago, and I have already mourned that fact,” Kronbauer told me last week. “We could have bought a condo, but I grew up in Vernon, in a house, I wanted my son to have the same freedoms and joys that come along with that. I'm buying him a drum kit for his birthday this weekend. We're planting a tree that we'll watch grow over the years that we live here.”

Back in his early 20s, after a short stay in Vancouver, Kronbauer moved to Southern California. He immersed himself in the skateboard industry, landing a gig working for Spike Jonze’s company Girl Skateboards. He returned to Vancouver in the early 2000s, and thought that, compared to L.A., Vancouver felt like Shangri La. He couldn’t figure out what all the complaining was about.

Around the same time Kronobauer returned from the states, Vancouver was also considering whether it should put in a bid to host the 2010 Winter Olympics.There was so much public discourse at the time that then mayor Larry Campbell held a citywide plebiscite that saw a record number of citizens turn up at the polls. Somewhat surprisingly, the “yes” side won by nearly two-thirds, and the rest is gold medal memories.

A few years after that vote, Kronbauer decided to do something else for the city, founding the then-ultra-positive Vancouver Is Awesome website on Valentine’s Day 2008. Over the last 10 years, it has grown into an empire of sorts, spinning off into books, podcasts, a T-shirt line, award-nominated TV shows and a massive reach on social media.

How is it that a person who has arguably done so much to boost the morale of this city can’t live here?

“I don't feel like the city owes me anything for ‘passionately repping’ it for all those years while I was a renter,” Kronbauer told me. “I made good money off of that ‘repping,’ and I continue to do so. We made the decision as a family. The kid had a veto, but he wanted to move. I feel extra good about us all having a say in it, and it not being about yanking the kid out of his school and away from his friends so we could own a home.”

It could be argued that Vancouver’s affordability crisis has been a great thing for small towns. With the influx of young families comes new businesses such as breweries, restaurants and tourism ventures. As such, many smaller towns in B.C. are experiencing renaissance-like upswings in economy, culture and livelihood.

And despite what you may hear about Vancouver, it’s apparently still awesome. Newcomers continue to flood in, searching for places to rent and own, as they have done since this city was incorporated. Why? Vancouver has always been viewed by those looking in as a great place to live — expensive, “no fun” or otherwise.

As for Kronbauer, the man who promotes the awesomeness of Vancouver for a living, he seemingly has no regrets on leaving it, or spending his first Christmas in a decade outside of the city limits.

“I'm so happy to have moved out of the city,” he exclaimed. “No mixed emotions about it. I'd be driving out to the sticks on the weekends to fish and camp, so I basically just flipped that schedule upside down. Now I drive into town during the week and live in the sticks on the weekend. My son also gets to see his grandma every day as opposed to every month. And my house feels like a palace!”

Kronbauer and I haven’t always agreed on some of the issues facing this city, but we can agree on this: home is where the heart is.